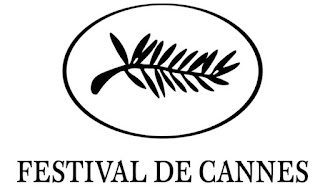 The early years
The Cannes Film Festival has its origins in 1932 when Jean Zay, the French Minister of National Education, on the proposal of historian Philippe Erlanger and with the support of the British and Americans, set up an international cinematographic festival. Its origins may be attributed in part to the French desire to compete with the Venice Film Festival, which at the time was shocking the democratic world by its fascist bias. The first festival was planned for 1939, Cannes was selected as the location for it, but the funding and organization were too slow and finally the beginning of World War II put an end to this plan.

On 20 September 1946, twenty-one countries presented their films at the First Cannes International Film Festival, which took place at the former Casino of Cannes. In 1947, amid serious problems of efficiency, the festival was held as the "Festival du film de Cannes", where films from sixteen countries were presented. The festival was not held in 1948 and 1950 on account of budgetary problems. In 1949, the Palais des Festivals was expressly constructed for the occasion on the seafront promenade of La Croisette, although its inaugural roof, while still unfinished, blew off during a storm. In 1951, the festival was moved to spring to avoid a direct competition with the Venice Festival which was held in autumn.

1950s and 1960s
During the early 1950s, the festival attracted a lot of tourism and press attention, with showbiz scandals and high-profile personalities' love affairs. At the same time, the artistic aspect of the festival started developing. Because of controversies over the selection of films, the Critics' Prize was created for the recognition of original films and daring filmmakers. In 1954, the Special Jury Prize was awarded for the first time. In 1955, the Palme d'Or was created, replacing the Grand Prix du Festival which had been given until that year. In 1957, Dolores del Río was the first female member of the jury for the official selection.[8]

In 1959, the Marché du Film (Film Market) was founded, giving the festival a commercial character and facilitating exchanges between sellers and buyers in the film industry. Today it has become the first international platform for film commerce. Still, in the 1950s, some outstanding films, like Night and Fog in 1956 and Hiroshima, My Love in 1959 were excluded from the competition for diplomatic concerns. Jean Cocteau, three times president of the jury in those years, is quoted to have said: "The Cannes Festival should be a no man's land in which politics has no place. It should be a simple meeting between friends."[9][10]

In 1962, the International Critics' Week was born, created by the French Union of Film Critics as the first parallel section of the Cannes Film Festival. Its goal was to showcase first and second works by directors from all over the world, not succumbing to commercial tendencies. In 1965 Olivia de Havilland was named the first female president of the jury, while the next year Sofia Loren became president.

The 1968 festival was halted on 19 May. Some directors, such as Carlos Saura and Miloš Forman, had withdrawn their films from the competition. On 18 May filmmaker Louis Malle along with a group of directors took over the large room of the Palais and interrupted the projections in solidarity with students and labour on strike throughout France, and in protest to the eviction of the then President of the Cinémathèque Française. The filmmakers achieved the reinstatement of the President, and they founded the Film Directors' Society (SRF) that same year.[13] In 1969 the SRF, led by Pierre-Henri Deleau created the Directors' Fortnight (Quinzaine des Réalisateurs), a new non-competitive section that programs a selection of films from around the world, distinguished by the independent judgment displayed in the choice of films.

1970s and 1980s
During the 1970s, important changes occurred in the Festival. In 1972, Robert Favre Le Bret was named the new President, and Maurice Bessy the General Delegate. He introduced important changes in the selection of the participating films, welcoming new techniques, and relieving the selection from diplomatic pressures, with films like MASH, and later Chronicle of the Years of Fire marking this turn. In some cases, these changes helped directors like Tarkovski overcome problems of censorship in their own country. Also, until that time, the different countries chose the films that would represent them in the festival. Yet, in 1972, Bessy created a committee to select French films, and another for foreign films.

In 1978, Gilles Jacob assumed the position of General Delegate, introducing the Caméra d'Or award, for the best first film of any of the main events, and the Un Certain Regard section, for the non-competitive categories. Other changes were the decrease of length of the festival down to thirteen days, thus reducing the number of selected films; also, until that point the Jury was composed by Film Academics, and Jacob started to introduce celebrities and professionals from the film industry.

In 1983, a new, much bigger Palais des Festivals et des Congrès was built to host the festival, while the Directors' Fortnight remained in the old building. The new building was nicknamed "The Bunker", provoking a lot of criticism, especially since it was hardly finished at the event and several technical problems occurred. In 1984 Pierre Viot replaced Robert Favre Le Bret as President of the Festival. In his term, the Festival started including films from more countries, like Philippines, China, Cuba, Australia, India, New Zealand and Argentina. In 1987, for the first time of the Festival, a red carpet was placed at the entrance of the Palais. In 1989, during the first Cinéma & liberté forum, hundred directors from many countries signed a declaration "against all forms of censorship still existing in the world".


Stars posing for photographers are a part of Cannes folklore.
1990s to the present

American actress Kim Novak (2013)
In 1998, Gilles Jacob created the last section of the Official Selection: la Cinéfondation, aiming to support the creation of works of cinema in the world and to contribute to the entry of the new scenario writers in the circle of the celebrities.[21] The Cinéfondation was completed in 2000 with La Résidence, where young directors could refine their writing and screenplays, and in 2005 L'Atelier, which helps twenty directors per year with the funding of their films. Gilles Jacob was appointed Honorary President in 2000, and in 2002, the Festival officially adopted the name Festival de Cannes.

During the 2000s, the Festival started focusing more on the technological advances taking place in the film world, especially the digital techniques. In 2004 the restored historical films of the Festival were presented as Cannes Classics, which included documentaries. In 2007 Thierry Frémaux became General Delegate. In 2009 he extended the Festival in Buenos Aires, as La Semana de Cine del Festival de Cannes, and in 2010 he created the Cannes Court Métrage for the Short Film competition.

Festival Director Thierry Fremaux is known to have 'banned' selfies on the Red Carpet of the world's largest Film Festival back in 2015.[24] In 2017, along with the 70th anniversary events of the Festival, the issue of changing the rules on theatrical screening caused controversy. The enforcement of theatrical screening in 2018 resulted in Netflix being banned.
Labels: Cannes Film Festival