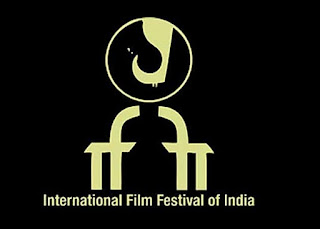 The 1st edition of IFFI was organised by the Films Division, Government of India, with the patronage of the first Prime Minister of India. Held in Mumbai from 24 January to 1 February 1952, the Festival was subsequently taken to Madras, Delhi, Calcutta and Trivandrum. In all it had about 40 features and 100 short films. In Delhi, the IFFI was inaugurated by Prime Minister Pt Jawaharlal Nehru on 21 February 1952.

The first edition was non-competitive, had 23 countries including the United States participating with 40 feature films and about a hundred short films. The Indian entries for the festival were Awara (Hindi), Patala Bhairavi (Telugu), Amar Bhoopali (Marathi) and Babla (Bengali). This was the first International Film Festival held anywhere in Asia. The notable films shown during the festival were Bicycle Thieves, Miracle in Milan, Rome, Open City from Italy. Yukiwarisoo (Japan), The Dancing Fleese (UK), The River (USA) and The Fall of Berlin (USSR).

It was for the first time that the Indian Film Industry was exposed to a vast range of outstanding post-war era films. From the 3rd edition in January 1965, IFFI became competitive. It has since then moved to Trivandrum, capital of Kerala. In 1975 the Filmotsav, non-competitive and to be held in other film-making cities in alternate years, was introduced. Later, Filmotsavs were merged in IFFI. In 2004 the IFFI was moved to Goa from Trivandrum. Since then IFFI has been an annual event and competitive. The venue for the second festival held in 1961 which was also non-competitive was New Delhi. The third edition of the festival was chaired by Satyajit Ray. For the first time the festival became competitive, and was graded ‘A’ category by the Paris - based Federation International de Producers de Films. With this recognition the festival in India came on par with Cannes, Berlin, Venice, Karlovy Vary and Moscow International film festivals.

Following this recognition, India adopted, at its fifth festival in 1975, a permanent insignia. This comprises a representation of the peacock, India’s national bird, with a permanent motto of the festival ‘Vasudhaiva Kutumbakam’ (The whole world is a family). The same year it was decided to hold a non-competitive festival of festival films (Filmotsav) alternating with IFFI. While the Filmotsavs were orgnaised at major film - producing centres of India, IFFI was held in New Delhi only.

The venue being the same for all festivals, the fourth and fifth festivals were held from 5–18 December 1969 and 30 December 1974-12 January 1975 respectively. From the sixth festival onwards the period as well as the dates for the festival were fixed as 3–17 January every alternate year. The sixth festival was held in 1977 and silver peacock for best actor, actress and director was awarded for the first time. A film market was also set up for the first time by the IMPEC. The Indian Panorama section was instituted from this edition.
Labels: International Film Festival of India