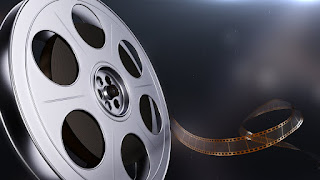 We are in print and visual media business since 1980 in India, UK and Middle East.
Now  we are planning to launch an International Cinema TV channel from India / UK/ UAE
This may be the first and only 'International Film  Festival TV' ( IFFTV) in the world, targeting  global audience.
We are expecting participation of about 50,000 film makers from all over the world for the promotion this channel for film and broadcast industry.
I am in the media industry since 1980s and was the Director of X Vision TV,  Dubai

Crescent TV , WTTV, Dubai and Swayamvara TV are based on my project.
I was also the Convener of International Film Festival of Kerala ( IFFK ) and adviser to Dubai International  Film Festival ( DIFF )
Introduced, campus cinema by making the short film , “The Gap’ in 1976 – FMN College, Kollam.
Introduced the concept of career guidance publication in South India by publishing Career Magazine -1984.
Launched X Vision TV, Dubai,  may be the first infomercial TV in South Asia.
There are about 1500 film festivals happening all over the world every year.
This will be the only TV channel to promote Film Festivals and Film and Broadcast industry, as a co-branded TV channel.
We are looking for your support for the project.
Please have a look at the concept paper and let me know your thoughts.