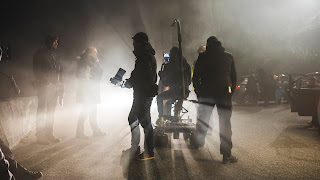 We will work through a well-defined strategy of creating and making programs in tight relation with film and broadcast industry.
Since this channel targets the global film industry, it’ll be able to provide its audience with a verity of programs,
It 'll telecast programs related to various aspects of film making, entertainments, and events to inspire viewers and to encourage them to make right decisions on film appreciation.
This’ll be a platform for a new genre Film Festival.
There are thousands of film festivals happening around the world, ranging from high profile festivals such as Cannes, Sundance Film Festival (Park City, UT) to horror festivals such as Terror Film Festival (Philadelphia, PA). There are also many smaller film festivals such as the Stony Brook Film Festival in Long Island, New York, or the Sicilian Film Festival in Miami, International Film Festival of Kerala, IFFI etc.
The festivals in Cannes, the world's most prestigious and influential, Venice, Toronto, Berlin, Shanghai, Moscow, San Sebastián, Montréal, Karlovy Vary, Mar del Plata, Cairo, Tokyo, and Warsaw are listed as "A festivals", or "category one" by the International Federation of Film Producers Associations (FIAPF). There are various festivals like: Experimental, Independent films, North American, Iranian, Latin American, Asian Films, Animation, Environmental, Digital Film festivals etc. More than 1500 Film festivals happening all over the world and 30,000 films are screening in which 15,000 crews and artists participate.
IFFTV will broadcast live and in exclusivity the highest moments of the festival events: Best of Opening and Closing Ceremonies, Press Conferences, Photo calls, interviews and Red Carpets with all the selected official film casts as well as numerous short reports outlining the different facets of the Festival, the backstage organization and evening events for the global audience.
The channel will be open throughout the festivals as ‘Channel Partner’. As an event channel centered on cinema news, IFFTV broadcasts its programs non-stop throughout a particular Festival. In order to enable all the viewers to follow the event in their own home, all programs are presented live and are rerun live during the day.
This will be a platform for CABSAT like exhibitions targeting global filmmakers.